I may be the only one not eating wings and drinking beer during Super Bowl 52 at home. Truth be told, I watch very little football …. even the Super Bowl. Call me crazy, but I find it hard to watch the tackling. Contact sports are hard for me to watch. The Super Bowl inspires me in other ways like sharing spaces inspired by the New England Patriots team who are playing tonight against the Philidelphia Eagles.

The Amos Otis House, a center-chimney cape, has stood alongside Route 6A—Cape Cod’s Old King’s Highway—in Barnstable since 1745.  By the time Robert Bagshaw and David Lancaster discovered it for sale, however, the old place had seen far better days. Wildlife had moved in, and nature was taking over the property. “It was so overgrown you couldn’t see it from the street,” Bagshaw says. 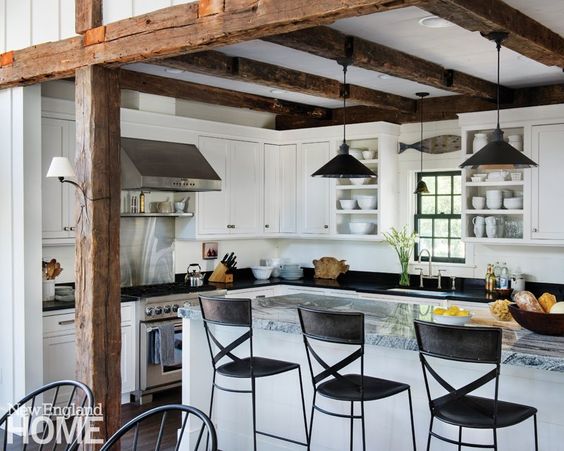 “The best part of the main area is the reclaimed timber frame,” says Hostetter. “It really makes a dramatic impression and gives some character to the newer part of the house so it ties into the older portion out front.”

Lately, I’ve been obsessed with old beams.  They are beautiful.  I hope to add a  few somewhere in our Cape Cod home if the hubby agrees. 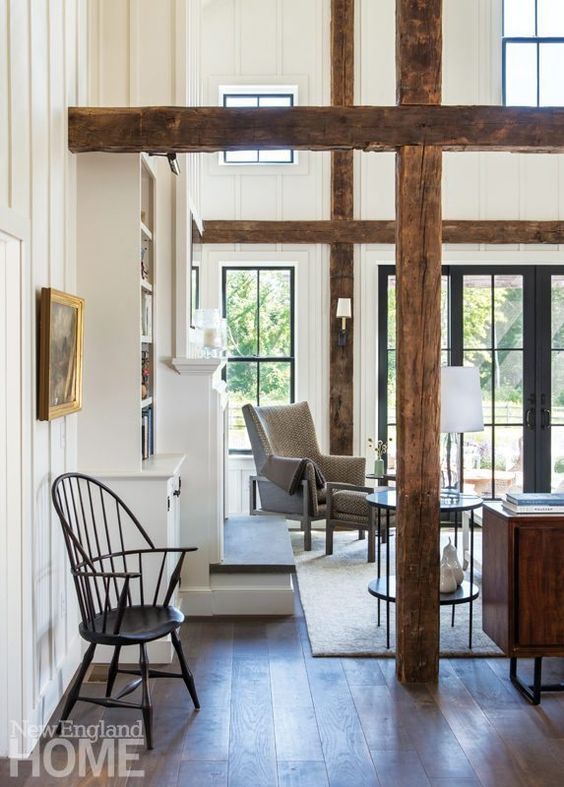 Beams from an eighteenth-century New Hampshire barn frame the view from the living room to the backyard.

With a look back at the project’s ramshackle beginnings as well as another salute to their porcine neighbors, the couple dubbed the house Sow’s Ear. “It was a bigger project than anticipated, and it took on a life of its own,” Bagshaw says, “But we just jumped in with both feet and moved forward.” 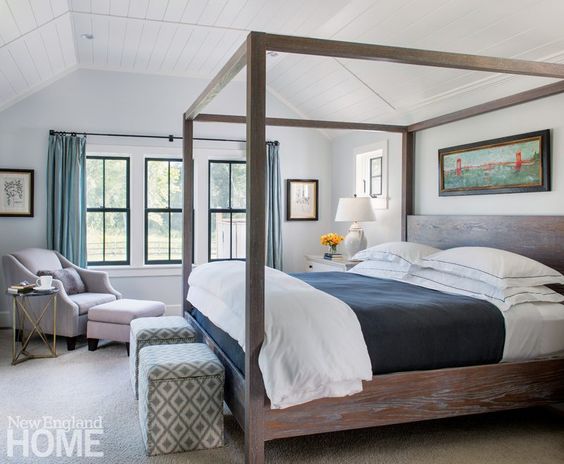 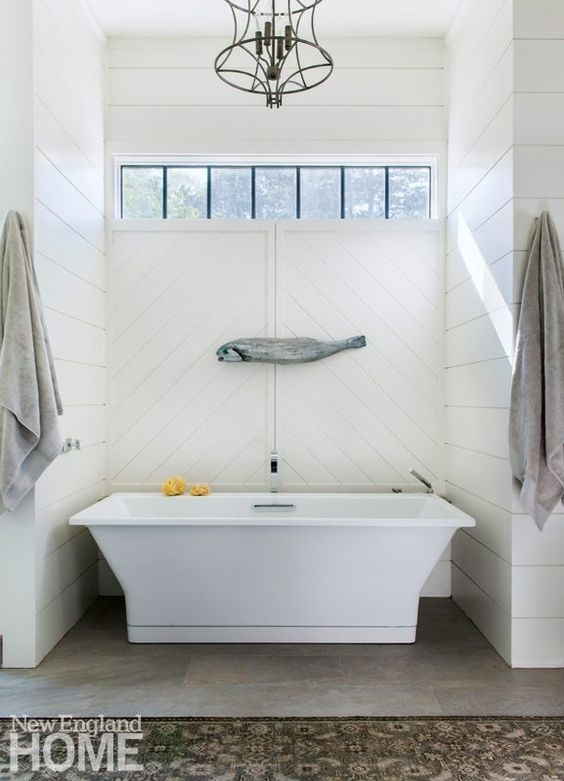 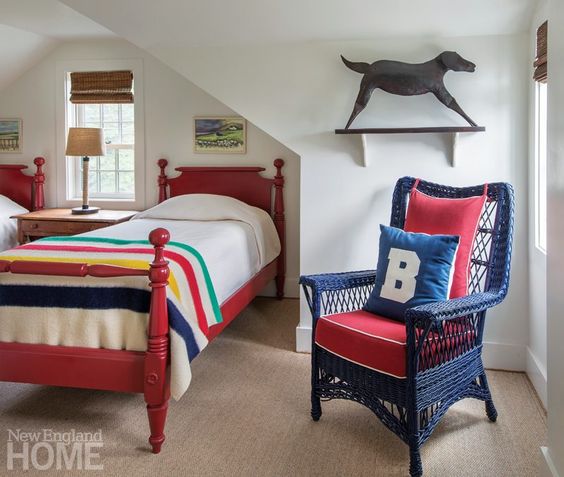 The kids’ room is decorated in red, white, and blue and featuring a pair of rope-hung beds. Vintage pieces add warmth and history.

I appreciate the homeowners who are able to emotionally and financially save historic homes.  See more of this beautiful historic home at New England Home.   The half-time show is almost here.  Enjoy your night!

Thanks for stopping by.